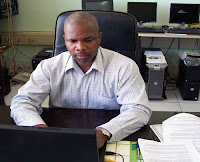 This report was just released by Mr. Edwin St. Catherine,  Director of the Department of Statistics. Thought is might make good interesting reading material.


The results presented in this report were obtained from the initial analysis of the data collected during Saint Lucia’s 2010 Population and Housing Census. This means that the
figures herein are subject to review and may not exactly match final Census statistics.
The Central Statistical Office will launch a more detailed publication of the results of the 2010 Census in early March 2011.
Additionally, the comparisons made between the 2010 and 2001 census figures may be
affected by definitional and other analytical variations. Therefore, users of this information should scrutinize the related tables with an appropriate degree of caution.
The differences in definition among such terms as “Enumerated Population”, “Estimated Population” and “Household Population” must also be taken into account. Note that the enumerated population is the sum of all persons recorded on visitation records and/or census questionnaires, while the estimated population is the enumerated population plus an estimate of persons who belong to existing households but who could not be contacted/counted throughout the process of census enumeration. The household population includes all persons who reside in private households in Saint Lucia.

THE POPULATION SIZE AND DENSITY

The complete preliminary report can be obtained from  Mr. St Catherine by writing to him at edwins@stats.gov.lc or email this blog at t.hotspot@hotmail.com with the subject "Request report"

We will be more than happy to send it to you.

NB: Subsequent excerpts of the report will be published on this blog. So keep logging in.